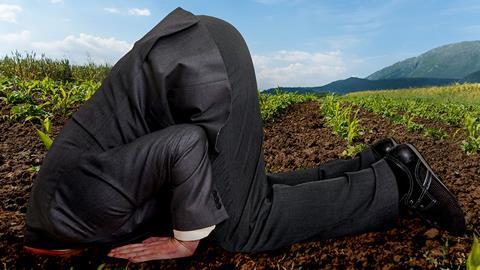 LLB Verwaltung (Switzerland), a Swiss-based private bank, has reached a $10.7 million settlement and entered into a non-prosecution agreement, with the U.S. Department of Justice for committing tax evasion after recommendations made by its compliance officer went ignored.

According to the statement of facts, LLB-Switzerland and some of its employees, including members of the bank’s management, conspired with a Swiss asset manager to conceal U.S. clients’ assets and income from the Internal Revenue Service (IRS) through various means, including using Swiss bank secrecy protections and nominee companies set up in tax haven jurisdictions. At its peak, LLB-Switzerland had approximately 100 U.S. clients holding nearly $200 million in assets, most of which were in the names of nominee entities.

In 1997, Liechtensteinische Landesbank (LLB-Vaduz), a bank headquartered in Liechtenstein, acquired LLB-Switzerland (LLB-Vaduz reached a separate agreement with the Justice Department in 2013 that excluded LLB-Switzerland from the resolution). At that time, LLB-Switzerland provided banking and asset management services to individuals and entities, including U.S. citizens and residents, principally through private bankers based in Switzerland. LLB-Switzerland also acted as a custodian of assets managed by third-party external investment advisers.

In 2003, LLB-Switzerland began a relationship with a Swiss asset manager who offered to create nominee structures—including corporations, foundations, and trusts—to conceal accounts owned by his U.S. clients at Swiss financial institutions. LLB-Switzerland delegated to the Swiss asset manager the authority to prepare account opening and “know-your-customer” (KYC) documents.

The bank’s compliance officer proposed two courses of action: Require U.S. clients to sign Forms W-9 and, should they refuse to do so, push the clients out of the bank; or encourage U.S. clients to participate in the IRS’s Offshore Voluntary Disclosure Initiative (OVDI), in which U.S. taxpayers could avoid prosecution for tax evasion relating to their undeclared offshore accounts.

“LLB-Switzerland’s management rejected requiring Forms W-9 for all customers,” according to the statement of facts, and the Swiss asset manager opposed encouraging clients to join the OVDI. Ultimately, the bank made no formal policy changes until two years later, when a grand jury had indicted the Swiss asset manager. At that time, the bank decided it should no longer have undeclared U.S. clients.

According to the terms of the non-prosecution agreement, in addition to paying a penalty, LLB-Switzerland has agreed to cooperate in any related criminal or civil proceedings in return for the Justice Department’s agreement not to prosecute the company for tax-related criminal offenses.

The Justice Department further acknowledged that “LLB-Switzerland’s remediation efforts since 2012 have been comprehensive.” For example, the bank halted and terminated all U.S. cross-border business with U.S. clients and ended its relationship with the Swiss asset manager.

It also dismissed its managers and employees implicated in the Justice Department’s investigation of the bank’s U.S. cross-border business. Furthermore, LLB-Vaduz has shut down the operations of LLB-Switzerland. In 2013, LLB-Vaduz closed LLB-Switzerland and returned LLB-Switzerland’s banking license to the Swiss Financial Market Supervisory Authority.

Additionally, according to the statement of facts, LLB-Switzerland has cooperated with the Department of Justice in the investigation and provided information about its cross-border business with U.S. accounts. This has included among other things, conducting database searches, reviewing client dossiers, and analyzing relevant internal documents.

In response to the settlement, LLB-Switzerland would only say that the $10.7 million is “fully covered by provisions and will have no effect on the ongoing results of the LLB Group.”